I have represented a number of clients in substantial and famous cases in the last forty (40) years that have been “reported” (published in books containing legal decisions), but I have also (over the last forty (40) years) been involved as trial counsel in a number of significant unreported trials and/or settlements, the great majority of which resulted in a favorable verdict or settlement in favor of my clients. The following are a list of some of these recent unreported and unpublished cases in which I acted as trial counsel or co-counsel. They are a matter of public record.

1. In re JLH, LLC, No. 99-11535, United States Bankruptcy Court, Eastern Distrct of LA. I was co-counsel for the debtor and was able to confirm by consent a Chapter 11 Plan in case involving assets of $75M-$90M with debts of over $65M.
​
2. Barcosh v. Dumas, C.A. No. 06-616, U.S. Dist. Ct. for the Middle District of LA. I procured a judgment in 2007 having a monetary amount in excess of $1 million in a commercial dispute in which I gained a restraining order/injunction from the federal court against the defendant continuing two related state court actions.
​
3. Gavin v. Securities America, N.A.S.D. Arbitration Proceeding 03-09144. I represented as co-counsel the plaintiff who instituted an arbitration action alleging misconduct by the stockbroker handling the plaintiff’s account and alleging violations of Federal Securities law, as well as N.A.S.D. regulations. A monetary settlement of $325,000 was reached in 2006 without the need of trying the dispute before a panel of arbitrators. Jim Swanson [and his law partners in New Orleans] did all the real work; I was only there to assist them.
​
4. Morse v. Barrios, C.A. No. 2001-365, 21st JDC, Parish of Tangipahoa, State of LA. I was hired to try a “personal injury” case as co-counsel and represented the plaintiff in a jury trial in 2005 in Amite, LA in which he was attempting to recover substantial damages for personal injuries to his back and other medical problems arising out of an automobile collision. Before the jury was sent to deliberate, the defendants agreed to a settlement totaling $635,000.
​
5. Ascension Pump & Machine, Inc. v. Lalonde, C.A. No. 521,097, 19th JDC, Parish of East Baton Rouge. I represented the plaintiff in this commercial litigation action over control of a corporation and to enforce the terms and conditions in the purchase agreement in which the defendant sold 50% of the stock to my client in the plaintiff corporation (the defendant was attempting to deny or rescind the stock sale, placing ownership and control of the corporation at risk). A settlement was reached in 2004 after mediation in which the defendant conceded victory to my client, agreeing to the sale of stock, and thereby ending the litigation favorably to my client.
​
6. Morrow v. Western America, C.A. No. 99-2217, U.S.D.C., Western District of LA. I defended certain individuals in a commercial dispute. I represented a lawyer who, as part of the dispute, was alleged to have committed malpractice. After 2 days of trial in 2003, I was able to settle my part of the case in which the actions against my client were dismissed with prejudice, with my client being held not liable for any damages or judgment. The case ended with a favorable result for my client.
​
7. Campbell v. Coregis Ins. Co., C.A. No. 98-0733, U.S.D.C., Southern District of TX. I defended an attorney, who was alleged to have been negligent in an aggregate personal injury settlement and was sued for damages. After a week long trial in 2002, in Federal Court in Houston, I received a verdict exonerating my client from any negligence or damages and dismissing this suit with prejudice against him.
​
8. Speedy Oil v. Govostes, Civil Action in state court in a suburb of Boston, MA. I was lead trial counsel for plaintiff in a commercial dispute (to enforce a purchase agreement) in a trial in 2002. After 3 days of trial, the defendants stipulated to grant my client a consent judgment in excess of $930,000, secured by cash, as damages to compensate my client for the breach of contract by the defendant.

​10. Total Environmental Solutions v. Silverleaf Resorts, C.A. No. 02-223, U.S.D.C., Middle District of LA. I represented the defendant in this case, a publicly-held corporation whose home office was in Dallas, Texas, in commercial litigation over proceeds derived from the sale of a real estate development and related utilities in Pennsylvania. Before trial, in 2002, the case settled in such a favorable manner for my client that the plaintiffs agreed not only to concede my client’s position, but also to pay my legal bill of $50,000 as part of the settlement and to dismiss the case against my client with prejudice.

​11. Rattler Tools v. Bilco Tools, C.A. No. 05-293, U.S. Fed. Ct. for the Eastern District of LA. I was co-counsel for plaintiff in trying this case in which the plaintiff was seeking injunctive relief and monetary damages against the defendant for patent infringement (and related state law causes of action). The trial was completed in 2007, and a verdict was rendered which was unfavorable to my client, which was not anticipated, on injunctive relief and damages (but partial victory was granted to my client, upholding the validity of their patent). I only mention this case because of the unusual and exotic nature of the litigation; many trial lawyers never gain experience in patent, trademark, and other intellectual property litigation.

​12. Policeman & Fireman Retirement Sys of the City of Detroit v. OB Investment LLC, et als; Suit #666,733, 24th JDC, Parish of Jefferson, State of Louisiana. I was counsel to one of the defendants in this suit who was sued on a guarantee and received a judgment against him for over $15 million. I was able to convince the creditor to take approximately 10% of the amount of the judgment in full settlement and cancelation of the judgment. This case involved some special financial restructuring of the client’s assets which facilitated the settlement.

​13. GE Commercial Finance Business Property Corporation vs. Louisiana Hospital Center, L.L.C., et als; Suit #2008-0000776, 21st JDC, Parish of Tangipahoa, State of Louisiana. I represented approximately ten (10) defendants in this suit who were guarantors of a debt in excess of $20 million. I was able to settle the case with the plaintiff for each of my clients for less than 1% of the total amount for which they were being sued in full compromise of all amounts owed to plaintiff.

​14. In re: Louisiana Hospital Center, L.L.C., Chapter 11 Case No. 09-11346, U.S. Bankr. Ct., E.D. of Louisiana. I filed a Chapter 11 Plan of Reorganization, but I was not able to confirm the Plan of Reorganization in this case for a hospital in Hammond, LA. I represented approximately ten (10) clients who had a financial interest in the debtor as investors. I assisted them in bringing together a group of buyers (and other doctor investors, together with my clients) who purchased the hospital from the first mortgage holder (who had gained title to the property finally in the reorganization case), restructured the financial arrangements of the hospital, completed construction of the hospital, and successfully placed it into operation. It was envisioned that my clients would make substantial recovery from my work in the financial restructuring of the hospital and placing it into operation. Even though the work was done outside the Chapter 11 case, the plan of reorganization filed in the Chapter 11 case was basically accomplished through the out-of-court restructuring.

​15. In re: Creekridge Capital, LLC, a Minnesota limited liability company, a/k/a and d/b/a Smith & Nephew Finance vs. Louisiana Hospital Center, LLC, et al; Civil Action No. 09-5861, U.S.D.C. E.D. of LA. I represented approximately six (6) defendants in this suit by the plaintiff on lease obligations in excess of $2 million as guarantors of the lease. Each of my clients had exposure of approximately $500,000 each. I was able to settle this case on the basis that my clients paid approximately 18% of the amount for which they were sued. I was then able to assist in getting the leased equipment sold under a contract whereby the purchaser agreed to pay the settlement amounts owed by each of my clients to the plaintiff. Thus, virtually all of my clients were able to escape this litigation, not be cast in judgment, and have the settlement payments made by the third party purchaser.

​16. In re: Peter E. Watzek, Chapter 11 Case #09-32537, United States Bankruptcy Court, Western District of LA. I filed a Chapter 11 plan which involved a businessman who had failed in the welding business. There were 3 separate legal entities holding assets which had to be liquidated to fund the Chapter 11 plan. I arrived at negotiated settlements with all of the major creditors and was able to get a consensual plan confirmed with unanimous vote from all classes of creditors, requiring no “cram down.”

​17. In re: James Ray Alford, Chapter 11 Case #11-30714, United States Bankruptcy Court, Western District of LA. I filed and confirmed a Chapter 11 plan in an extremely difficult case in which my client had to liquidate assets from 3 separate legal entities in order to confirm the plan. I was able to do this and gain unanimous consent from all classes of creditors, thereby avoiding the requirement of a “cram down.” At the confirmation hearing, the bankruptcy judge announced to the whole courtroom that my work on this case for an individual Chapter 11 debtor was the best that he had ever seen and told the attorneys present that they needed to go to the bankruptcy court’s record and get the pleadings which I had filed in this case so that they could use them in the future in their own cases. This was quite a compliment. 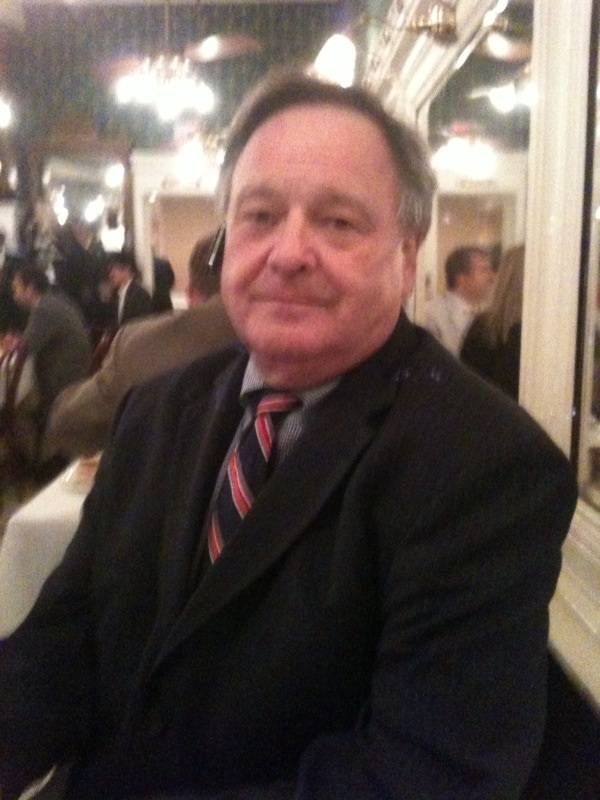